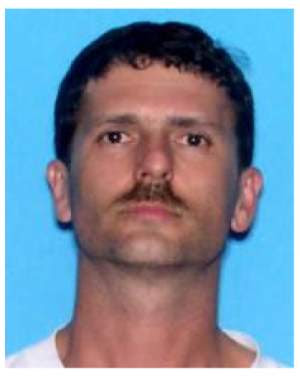 When I heard the sirens in early July, I didn't think much of it. Just some trouble makers out on another steamy night in Northwest Florida. The next day, I read in the papers there was a double homicide three miles from my house. The Billings murders gave me a glimpse of the cruel mortality brought on good people for money. I couldn't believe it. There were two weeks in the summer where there were a total of two consistent headlines: Michael Jackson's death and the Billings murders in Beulah, a small community on the Flora-Bama border where I live. News vans scooted about the streets looking for a willing interviewee, suckling on the southern charm of the area.

After a few weeks had passed, the trickle of the media frenzy dissipated and our lives began to move on far from the media's eye. I did not take the murders to heart too much, I'm sorry to say. The Billings lived in a more affluent area and our social circles never crossed.

Today our little area was hit once again with fear. After deciding not to stay after class in the library, I left the UWF campus just north of Pensacola only to receive a text message from the school while en route home:Bruce Day- at large "Police are pursuing a murder suspect in woods near campus: W/M 42yo DK GRN shirt jeans5-8 160. If seen call 9-1-1.

Unfortunately, this news wasn't all too shocking. Being on a border town, convicts cross the state lines to Alabama and we have experienced escape prisoner alerts four times in the last year. My daughter is well aware of proper procedure on what to do should a lock down at school occur; she has been through two.

About an hour later, I received a second text message from the school: "Suspect seen in woods on campus property. Stay inside buildings, lock doors. Night classes are canceled. "

Then came the solemn hush. I started getting messages from friends saying they were off campus and all right. Even though my close friends were all right, it was unsettling going into stores. I heard a young man talking to a friend on his phone, "Please pray for her, yeah. She's in the library and being moved into an internal room and locked in with the rest of the kids. I can't even a text from her."

A mother in Blockbuster wanted to know if I had anymore information because her son was stuck in a building as well. I told her what I could, wishing I knew more.

At 5:21 the last message was issued: "Lock down is lifted. Campus community is free to leave. Classes canceled tonight." They have yet to apprehend the suspect, but are allowing commuting students and teachers to leave, keeping those who live in campus housing to remain on lock down for the time being.

Alerts like these make me wonder about safety, real safety. I have to admit, I'm going to be double checking the locks on my doors. This is coming all too close to home.

And yet I feel lucky. If this is all of the problems we are facing, it's not that bad. Situations like these give me a better perspective on the atrocities that are going on around the world in places where people truly feel the anxiety of mortality everyday. It provides an empathy for others in harder situations and places where murderers don't hide in the woods on a college campus, but walk around daily slinging weapons over their arms, ready to kill at the mere glimmer of a threat. In that respect we are fortunate. Even though these situations have occurred recently, it is rare and will hopefully become less frequent. I only hope the police get him off of my campus safely, and soon.
Posted by Din Mutha at 6:06 PM No comments: