The Anatomy of a Story

Being raised by artists isn't always easy. Especially when they are really right all the stinking time.

My fiction MFA sample was done. Done as in DONE, slap a stamp on it done. It's already in some crazy esoteric prof's cold and soft fingers done. I gotta be honest: I wasn't worried at all. "I GOT this," I said, lulling myself to sleep this morning at 2. I felt really good about it.
But tonight, when I offered my story up to my father, with his paint-stained hand, his spackle-bedazzled flannel and his opened sudoku book, I was nervous. And I had every reason to be.
My father, much like John Wayne, has two facial expressions. John Wayne could play a character two ways: Hat on or hat off. My father reads my work wearing one of two faces: The first is eyebrows dancing and eyes laughing and his nose twitches ever so subtly. The other is head down, eyebrows wrinkled, mustache crumpled. There is always a pencil in his hand when he reads like this.

When he's done reading like this, he looks at me like what he is about to say will hurt. I'm sure it's a shared sensation.

"It's okay. The writing is nice, but it doesn't mean anything. What's the point?" 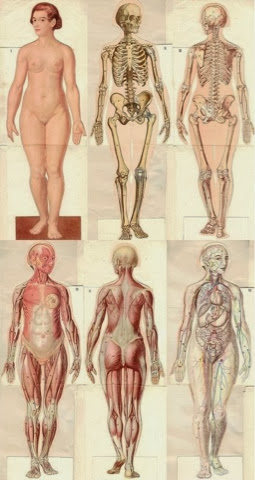 When you write, most say "write the bones." Write the outline. But that's not enough. Your story needs tendons and ligaments and muscle and flesh. And feet.

I had forgotten the feet.

I had forgotten the universal truth--the sole (sorry for the stupid pun) purpose for writing or reading a story. It grounds the entire piece so that it culminates in an "aha!" moment where shit all gets tied together. It's where the reader's heart gets tangled up in our story. In the reader's mind they are running naked through the streets shouting "eureka!!" The meaning sings to you.

This is not my first footless rodeo. In college, I'd write these lovely little vignettes for my writing instructors. One had a chronic problem where every time I'd see him he'd ask, "but what does this mean? What are you saying?"
I felt voiceless in my professor's office. How can you be a writer if you have nothing to say?

That same sensation washed across me today in front of my father. I tried not to let my disappointment show.

I took it like a man--a man that hasn't slept in days and has a tummy ache and a hangnail.

So, I'm starting back at the beginning,or rather, the ground. Starting at zero words after a month of wrangling all the wrong ones. Starting at the feet and working into bones and flesh and pulsing veins and voluptuous thighs and big pouty lips.

Here's to beginnings. Again and again.

It's 11:11, and I am tired. The rewrites continue to be rewritten again and again. After a long day of work and mothering, nothing sounds better than a cup of tea, maybe a book, and bed.

But that won't happen tonight.
What happens late at night is beyond addiction. I am taking a small break from writing at the moment. And what do I do? Write a blog.
Why? WTF's the point? Why can't I just go to sleep or fall hopelessly into a tv show and watch every episode back-to-back like all the normal folk?
It's simple really: I need to make money and I also need to write.
I am fortunate enough to have a steady job. It's tedious, but what gets me through it is the dreaming. While I sort beans all day (literally, I'm a production assistant at a coffee roasting plant) I get to dream up fantastic characters and then conjure up all sorts of trouble for them.
So when I get home, after soccer and theatre and basketball and school functions, when all the world becomes soft and drowsy, I purge my mental guts out onto paper and then onto the computer.
Sleep will happen eventually. Some day I'll get the recommended daily dose. Not tonight. Even still, I am happy and hopeful.

Okay. Back to the rewrites. 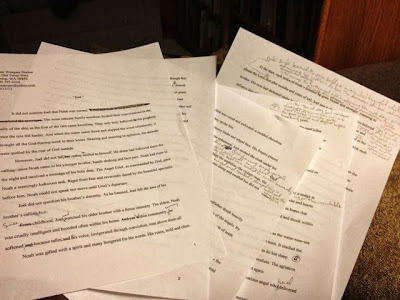 There are exactly three flies
Left in the Methow Valley.
One sits on your window sill.
It lounges on the dust
You've been meaning to get to.
It rises slowly and taunts
Its wings heft the couch potato--
A procrastinator.
He should be dead,
If not for the abundant food
He'd have kicked last night,
But his heart just wasn't into it.
The other two float in my coffee.
As the morning sunk its teeth
Deep into the day, the cup
Left abandoned in a search for socks
Which may or may not match.
They saw the tepid opportunity.
They did not choose wine--
The romantic approach.
They just looked at each other,
Shrugged, and hung heads low.
"Not another Monday,"
And got the job done in no time.
I imagine them holding hands.
Not wanting to go it alone.
Into a cup 2/3 full of liquid muse.
We should be so lucky.  To find
That worthy pairing in the world.
But really, all love aside
With the population of flies--
They were just lucky enough
To find someone
Anyone.
Good enough to share their last
Moments over a cold cup of joe.
Posted by Din Mutha at 12:14 AM No comments: