My life: A timeline according to chickens.

Okay. I'm sitting down to write a blog. I am writing in my old home town in what is now my pub. Okay, my husband's pub.

The last blog I wrote was about science fair and that whole debacle. But the blog before that was about how I was completely preoccupied in being woefully, miserably single. However I did mention the chickens, so let's start there, shall we?

February-ish: After three damned long years of campaigning, the spawn finally talked me into getting chickens. "They'll be so great!'" said the spawn. "Gross!" said the mom. I had always considered chickens as the meanies of the meat world.
As a kid I remember my best friend having attack chickens which are kind of like attack dogs except smaller, winged, bipedal taloned beasts of hell--maybe rodents of hell.

Purchase chickens. Eight of them. I was told that they wouldn't look like skeksis for long. SO I was told. No eggs yet.

March-ish: I am the top cool kid, hot shot at a super-duper big-kid job. I am a kick ass person. I tell people what to do. My children tell me what to do. The scantily feathered sisters at the prehistoric  sorority in my guest room tell each other what to do. They finally laid an egg. It looks like poop. Nevermind. No eggs yet.

March-ish II: I have now taken it upon myself to dive whole-heartedly into my chickenizing. I will never again find a mate. I will have chickens, and in them, I shall find peace.

We have named the chickens. They are not dead yet. Go me. We are the proud owners of Cleopatra, Maureen, Hoodoo (who I call Laverne), Hocus, Lilith, Glinda, Beaker (my little love), and Turd. We do not like Turd. Turd, as we are told, will give us bright blue eggs.
No eggs yet.

At first sight, I knew that I was doomed to live the rest of my life in utter joy with this man.

May-ish: I am unreasonably happy. I am the boss at an awesome job. I am the recipient of epic amounts of attention and affection. The world is becoming increasingly adorable. Cynical me wants to punch In-love me in the throat. The fella, who owns a restaurant and bar, buys me really, really good gin.

I am given another chicken. Her name is Mo. She is the feathered version of Mick Jagger on psychedelics. I have nine chickens. NINE CHICKENS AND NO EGGS.

June-ish: My job--my awesome big-kid job--will be gone at the end of the month, I'm told. The fella asks me to marry him. I say, "duh."
He shows me the video of his high school death-metal air-band. I tell him that I'll still marry him and that we all have shady pasts.

June 21st: Laverne is acting funny. She is gigantic and pretty and has a waddle that goes for miles. Today Laverne crowed. Not just like a small, timid little crow, but a loud pubescent holy-hell-I-have-found-my-voice-and-all-others-will-suffer-my-wrath kind of crow. Laverne is a dude chicken.

A columnist from the newspaper calls me. They want to run a story about my hermaphrodite hen. I'd like to think that the story was sympathetic to my wretched rooster state; however, most people just laugh and laugh at this poultry genitalia switcheroo. 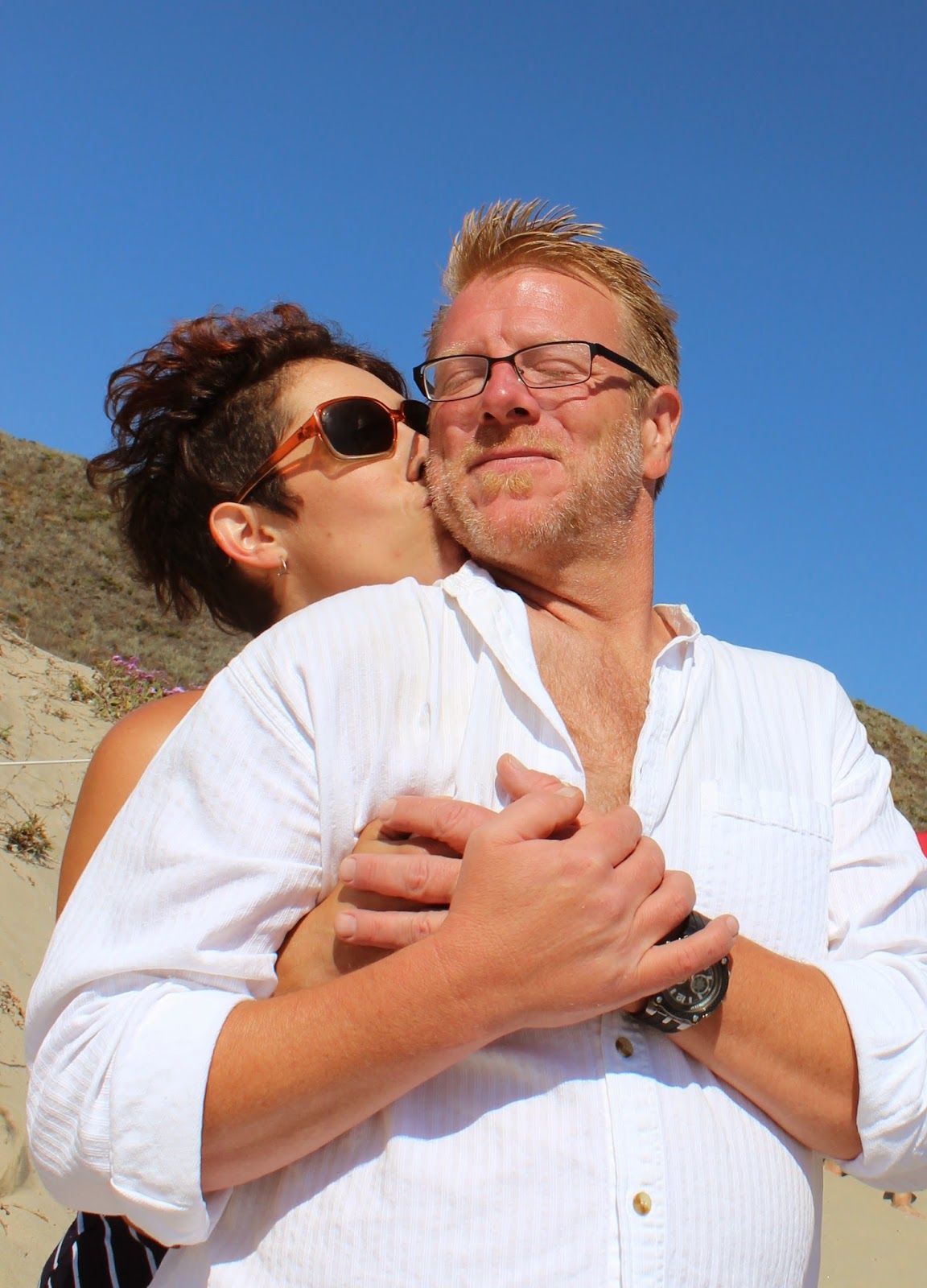 I went back to see my chickens.

I found an egg.